Invitation to submit a contribution to the Area E: Energy and Transportation of FEMS EUROMAT 2023 Conference

It is our great pleasure to invite you to submit a contribution to the Area E: Energy and Transportation, of the FEMS EUROMAT 2023 Conference, that is going to be held in hybrid form (both physical and virtual) from 3 to 7 September 2023. For more information 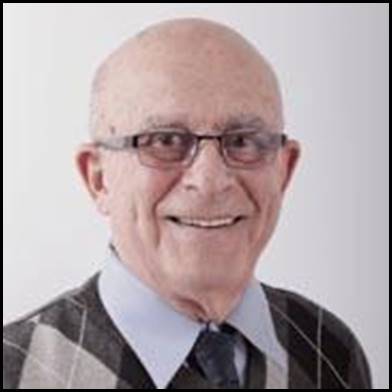 Dear Colleagues, it with deep sadness and sorrow that we inform you of the passing away of Eliezer Gileadi, PhD, Emeritus Professor of Physical Chemistry at the School of Chemistry, Tel Aviv University, Israel.
Eliezer Gileadi was born in 1932 in Hungary and immigrated to Israel together with his family in February 1940, at the age of 8, escaping from the hands of Nazi Germany. In 1951 he obtained his bachelor’s and master’s degrees from the Hebrew University, Jerusalem, specializing in physical chemistry. In 1963, Eliezer submitted his PhD dissertation, the research on which was conducted under the supervision of Prof. Brian E. Conway at the University of Ottawa in Canada. Later on Eliezer worked as a Senior Research Associate and a Fuel Cells team leader in John Bockris’s lab in the University of Pennsylvania, US, with six students working under his supervision and state-of-the-art instrumentation.
Since joining Tel Aviv University in 1966, he became a recognized leader in Israel and international electrochemistry communities. Eliezer Gileadi developed the combined electrosorption isotherm, which provided the first understanding of the effect of molecular size on electrode kinetics. Measuring Tafel slopes with unprecedented accuracy, he could establish the temperature dependence of the transfer coefficient, a central question in electrode kinetics. He had also demonstrated that Grothuss-type hopping conductivity could also occur with halide ions in liquid and solid bromine and iodine, showing for the first time that unusual conductivity mechanisms can involve ions other than protons. His long list of achievements also includes the theory of microelectrode assemblies, electrodeposition of active metals and alloys in non-aqueous solutions, and corrosion in non-aqueous media. He also developed new methods for studying adsorption isotherms using electrochemical quartz crystal microbalance (EQCM) in gas and liquid phases. Eliezer has published more than 200 scientific papers, books and book chapters. He has written several patents on a wide spectrum of electrochemical applications.
Eliezer Gileadi received numerous prizes for excellence and recognition, and is a Fellow of the Electrochemical Society, the American Association for the Advancement of Science, the International Society of Electrochemistry and the International Society for Pure and Applied Electrochemistry, a Fellow of the Royal Society of Canada, a member of its Academy of Sciences and the Olin Palladium Awardee of the Electrochemical Society.” In 2014, he received the Gold Medal of the Israel Chemical Society.
Apart from research, Eliezer enjoyed teaching and interacting with fellow scientists. He has been the author of three textbooks in Physical Electrochemistry, which are being taught and used by graduate and undergraduate students.
Prof. Gileadi’s contribution to society was exceptional. In 1994 he established the Gileadi Program, which provided over 500 university research positions to first-class immigrant scientists from the former Soviet Union. That program was later extended to the Kamea Program. The highly successful Gileadi and Kamea Programs, which affected science in Israel, were highlighted in a study conducted by the Science magazine.
Eliezer was a wonderful person, always willing to listen, and give advice and help. He has been and will be forever considered “the father of the Israeli electrochemistry”.
Eliezer Gileadi will be greatly missed. May His Memory Be for a Blessing.

Prof. Emanuel Peled has been awarded IBA Medal of Excellence, 2022  devoted to acknowledge exceptional long-life contributions to electrochemical energy conversion and storage research and technological development.
​
Prof. Doron Aurbach has been ranked #89 in the world ranking and listed #2 in Israel. This  ranking is constructed using the H-index data gathered by Microsoft Academic and includes only prominent scientists with an H-index of at least 40 for scientific papers published in the field of Chemistry.

Prof. Noam Eliaz has been awarded with the title of Honorary  Professor (Professor Honoris Causa) of the Transylvania University of Braşov in Romania (2022);  with Electrodeposition Division Research Award, 2021 of  The Electrochemical Society (ECS) for his academic, scientific and technological leaderships, exceptional achievements in basic and applied research on electrodeposition and electroless plating of special alloys, calcium phosphate coatings for dental implants, and electrochemical 3D printing, Zn-SiC nanocomposites, etc.”,  and with The Israel Vacuum Society (IVS) 2021 Excellence Award for Research (shared with Prof. Milko van der Boom).

Prof. Yair Ein Eli has been nominated as the Editor-in-Chief of Journal of Solid State Electrochemistry

Israelectrochemistry 2022 will take place at Ariel University on the 26th of May 2022
Please use the attached template and send your abstracts to the email address: iselariel2022@gmail.com Abstracts for oral talks or posters should be sent by the 30th of April 2022 (extended)
Also, see the website for registration and abstract submission at https://www.ariel.ac.il/wp/administrativesystems/2022/03/02/israel-electrochemistry-meeting
israelectrochemistry_2022_-second_call_and_abstracts_extension.pdf
This conference is in honor of two internationally renowned researchers in the field of electrochemical energy storage and conversion - Prof. Peled 80th birthday and Prof. Doron Aurbach 70th birthday

Congratulations to Prof. Noam Eliaz , who has been elected as the winner of the 2021 Electrodeposition Division Research Award of the Electrochemical Society (ECS) for his academic, scientific and technological leaderships, exceptional achievements in basic and applied research on electrodeposition and electroless plating of special alloys (mainly, Re- and W-based, where he is considered world leader and contributed the first ever open-access article in JECS), calcium phosphate coatings for dental implants (where he has taken all the way from fundamental research to implantation in humans), electrochemical 3D printing, Zn-SiC nanocomposites, etc.